Behind The Shoot - Angel Wings

Over the summer I created a book in the style of a magazine called, "SouthCoast Style." For just one small piece of this project I designed angel wings and photographed them, modeled by Miss South Coast 2017, Lyndsey Littlefield.

The first step to this shoot was sketching out what I wanted. I knew I wanted some fluffy white wings with a little big of shine. After that I had to actually figure out how to make them. I did some research on how to make DIY wings, and found people used mostly electrical wire, cutting sheets (found at the dollar store), feathers, and elastic so they actually hold to a body. All of the wings in these DIY videos seemed too small for the look I was trying to accomplish, so I decided to hot glue multiple cutting sheets together to make the wings larger. I quickly noticed this also meant I needed more wire, to the structure wouldn't collapse. After the wings were made the shoot could actually begin.

One of my good friends, Lyndsey Littlefield, Miss South Coast 2017, was kind enough to offer to model, and because she is also a dancer I knew having her wear a leotard would be a great idea so it doesn't distract from the wings.

While working on SouthCoast Style, I was working with an amazing salon in Fall River, MA, Famosa Hair Salon. They offered to do hair and makeup for the shoot! The only request I had of them was to use some of the same rhinestones I used on the wings in the makeup, and I was so happy with what they did.

I decided to use a black backdrop to really let the wings and makeup pop against it, and was thrilled with the whole shoot. I could barely contain myself keeping the photos secret until the book was published but it was worth it.

Thank you Famosa Hair Salon for hair and makeup.

We Planned a Wedding in a Month!

10 Places to Visit on Your K. Garcia Productions Trip

Travel to the SouthCoast for your pageant headshot 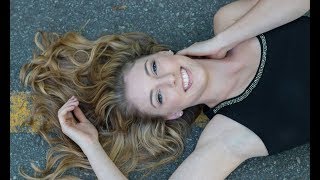 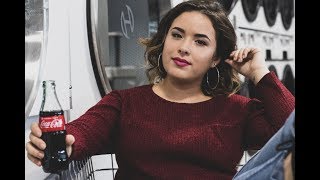 It's More Than a Crown